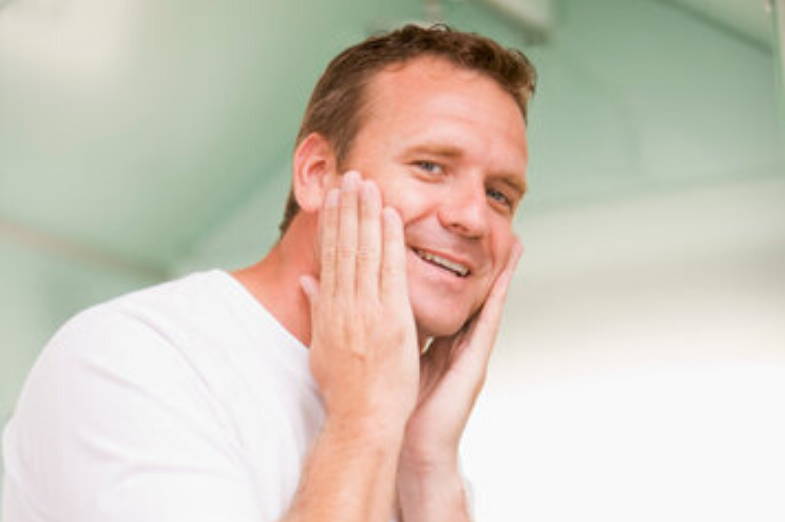 Aftershave comes in gel, balm, and lotion. You need to choose these products depending upon your skin complexion. Using the perfect aftershave, calm down irritation, moisturize it, and provides a pleasant fragrance. So, in this post, we will discuss in detail the purpose of aftershave.

One of the most important purposes of using aftershave is to reduce skin irritation. I would say a person who has sensitive skin has more problems with skin irritation. You will feel itchiness and sometimes a stinging and burning sensation in your skin after shaving.

You must calm down that sensation.

For so, aftershave is indeed the best product in the market. You can check the best aftershave here.

Aftershave contains ingredients like witch hazel and alcohol, which act as a catalyst to reduce it. Additionally, aloe vera works equally in reducing irritation.

Aftershave soothes your skin and relieves skin irritation. This is one of the underrated purposes of aftershave.

What would you do to stop bleeding from cuts? The effective method is to use aftershave.

Aftershave is made by mixing different ingredients like aloe vera, essential oils, carrier oils, and astringents. These all aid equally to stop bleeding.

Aloe vera has always been used to stop bleeding and to heal a wound quickly. The essential oil, in addition, like lavender oil, helps in the growth of cells causing wounds to heal faster as well.

So, you apply a thin layer of aftershave in cuts. As a consequence, the wound heals faster and decreases the appearance of scars.

Your skin gets dried after shaving. To overcome it, you can apply either a moisturizer or a mix of both moisturizer and aftershave. It works really great if you use it both together.

Aftershave also contains the ingredients of moisturizer, but it might not always work well for dried skin.

If you are using aftershave balm, then you might not need moisturizer because it contains enough ingredients of moisturizer to moisturize your skin.

Other than that, if you are using lotion or splash – you might be in need to use moisturizer.

You can check out the best moisturizer here!

Aftershave contains astringents like witch hazel and alcohol. These ingredients have a vital role in preventing infection.

Alcohol has been used for a decade to prevent infection.

Note: Any products that contain alcohol is bad for your skin

If you have sensitive skin, your skin turns red for sure after shaving. And the redness might last for a day or two. To reduce the length of skin redness, you can use a moisturizer, tea tree oil, or witch hazel.

As an alternative, aftershave is the best choice because it contains all these ingredients.

It calms the irritated skin, and on top of that, the moisturizer and witch hazel amalgamated into it works well to prevent skin redness.

These are the best purposes of using an aftershave.

Aftershave prevents infection. Furthermore,  it contains astringents that flush out acne-causing bacteria. Thus, it is also best for acne-prone skin.

Yes, it is ok to use aftershave without shaving because the ingredients mixed into it prevents acne, moisturizes your skin, and prevents dryness.

Mostly, people use aftershave for the fragrance, but it has many purposes to provide invigorated skin. It prevents skin irritation, razor burn, dry skin, and on top of that, it stops bleeding – heals it faster with no scars at all. With all these advantages, I would definitely suggest you use them.

However, you need to decide your skin complexion first and check all the ingredients present in the aftershave. If it contains alcohol and more chemical, just don’t use that aftershave.

I suggest you use aftershave that contains natural ingredients like witch hazel, aloe vera, and other essential oils.